As a filmmaker and an avid film consumer (I watch several films a week), I started wondering what makes some stories work and some stories fall short of the high expectations an audience member has while waiting with anticipation for the film to be out. 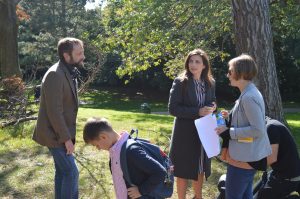 I don’t care about big-budget superhero movies, special effects or hot people who have nothing to do with reality.
I like real, down to Earth, everyday stories. I love stories with subtexts and stories that allow me to learn something new or leave my comfort zone even for a little bit to experience a different reality, life or point of view.

For quite some time I have been trying to define what makes some movies good and some even modern classics, and finally, a few weeks ago I think I cracked the mysterious something that I look for in films. I called that “something” a soul of the film.

Even if the story is the most amazing with the most up-to-date special effects, the film may still not be able to satisfy the audience if the soul of the story is missing.

The soul of the film is something so much more than just a well-written script, well-acted parts or amazing shots. To me, it is what the filmmaker brings in with them, their experience, their perspective and their point of view. But also, their weaknesses and strengths that create their souls, which then they transfer to their stories, their movies and projects.

In my opinion, the soul of the movie comes from the filmmaker’s soul. If the filmmaker cares for the story they’re telling, they’re giving everything to make the story, and as an audience member, you can see that on-screen, even if you don’t realise that fully. The soul is right there, and this is what makes a good story a classic, timeless film we, as audience members, can and want to watch over and over again.