For me, it was a pretty emotional time, and I was either high or low. Being upbeat wasn’t easy, especially on days when nothing was happening to move us closer to closing the budget. There were moments when I even started looking for alternative ways of making my film happen. I was very determined to make that movie, and nothing was going to stop me.
Before I started my campaign, I was incredibly active on social media to build up a following and momentum for the project. 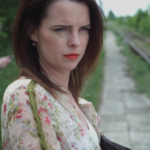 Luckily my online activities paid off once I began the campaign.
A lot of the bloggers I build a solid relationship with, wrote about my project; people posted on their FB pages as well as tweeted and retweeted my posts. I did feel that the community I was part of was kind to me and helped me in any way they possibly could to make my dream a reality.
I didn’t leave my campaign in the hands of other people who would never care as much as I did.
I was working my ass off day in, day out, trying to get more followers, more funding and more exposure. I tried to improve my campaign daily while working on expanding my reach.
I worked from 9 am-5 pm, then looked after my son for 2–3 hours and once he was asleep, I worked for another 3–4 hours, devoting my time mostly to social media. My hubby helped with scheduling social media posts, and one more person was assisting with reaching out to people by emailing them directly (no bulky emails) on FB.
I recorded thank you videos daily for everyone who contributed towards the campaign. I recorded update videos every two or three days keeping my audience engaged in the progress.
I recorded short videos that introduced our cast & crew. (Most of the cast and crew connected with me during the campaign.)
All that hard work started paying off when people from all over the world begun contributing to the campaign.
I had gazillion conversations during that time trying to convince people that investing in my project and me was both worthwhile and essential. 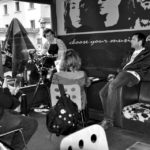 My efforts eventually paid off as I managed to get the funding I needed for my film.
In fact, during the last few hours of the campaign, I received almost $4000 in contributions. It was a bloody good day. I remember I was getting ready to spend the whole night online tweeting and talking to people while hoping to reach my target of $12,500. I popped out to the corner shop to buy much-needed supplies of sugary drinks to keep me going, and when I got back, I already had $13600 on my campaign page. I had to reload the page a few times to believe what I was seeing.
To top all that $500 followed from a lovely lady from Australia who after the production was finished contributed another $2000 for the post-production.
I was ecstatic and finally going to make my first feature film. Thanks to all of those strangers that came together to help me make my dream a reality.