In one of his older blog posts, he shared eleven tips on how to write a scene. His suggestions are still valid and vital in the craft of screenwriting. 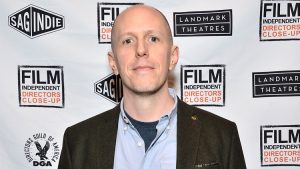 1. Ask: What needs to happen in this scene?

According to John, characters aren’t responsible for the story; you, the writer, is. If characters were responsible for the story, they would try to avoid conflict as much as possible, just the way people do it in real life.
You shouldn’t ask: “What could happen?” or “What should happen? Only “What needs to happen in the scene?”. If you wrote an outline for the scene you are working on, this is the moment to check if that outline answers the crucial question: “What needs to happen?”

If you haven’t written an outline yet, do it now by answering this question “What needs to happen in this scene?”. An outline shouldn’t be longer than one, two sentences.

2. Ask: What’s the worst that would happen if this scene were omitted?

If not having a specific scene in the script won’t impact the script in any way perhaps you don’t need that scene at all. Skip it. Only leave the material that is your best and moves the story forward. Otherwise, it will be scrapped during the pre-production or production.

Are all the characters you have in the script needed for the story to evolve? Are all of them active participants in the story and are they growing with the story?

4. Ask: Where could the scene take place?

Don’t always go with the most common choices to set your scene. Think about what setting could and would make for an exciting and unusual location. Surprise your audience.

5. Ask: What’s the most surprising thing that could happen in the scene?

Your script needs to have some unexpected, out of blue moments. Not every scene needs to be highly unusual and original (could be tiring for the viewer), but now and then you should surprise your audience.

How long is your scene going to be? How much screen time are you willing to give to this scene? How much time do you really need to get your point across?

The classic advice is to come into a scene as late as possible. But to do that, you need to know how the previous scene ended. Don’t settle with the usual solutions, find at least three different openings of the scene, and see which one sits with the rest of the story the best.

8. Play the scene in your head.

Play the scene in your head as many times as you need to see if the scene makes sense.

Don’t rewrite your scribble version of the scene. It’s just there to help you come up with something much better. In a way, it works like your outline. Getting the dialogue right may be the trickiest part of the scene. Just focus on finding the best words to describe the characters, the actions, and tone so the reader will see the same scene as you do.

Repeat the same process as many times as you need to get the scene right.