IT ALL STARTED WITH A DREAM

Most of the filmmakers, I’ve met, dream of making a feature film. A film that would, and could, be the stepping-stone in their filmmaking careers.

However, before that happens, filmmakers usually spend years making shorts, developing their skills in hope to be noticed for their unique artistic taste. 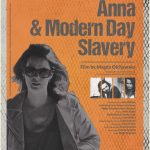 Filmmaking is an expensive art form. Regardless of how long, or short, your project is, it’s always going to cost money. Nowadays, equipment is relatively affordable, but you still need to find people, pay for their services, feed them, and pay for travel and locations at the very least. So the low budget filmmaking is never truly low-budget as there is always going to be some money invested in the project.

In 2011, after two years of successful film festival runs with my two short films, I decided that I was ready to make a feature film.

In the beginning, I tried to go the traditional way and applied, though the standard routes for funding. However, I had no recognisable names attached to my project; I hadn’t won any of the A-list film festivals, nor did I have any connections in the industry whatsoever. Unfortunately, it turned out it was impossible to break through the brick wall with just my will and desire.

At that point, I knew I had to find an alternative way if I wanted to make my dream a reality.

But the main question was still, HOW?

In 2011 (seems like such a long time ago) crowdfunding was becoming pretty “hot” and people were trying to raise funds for a myriad of projects using IndieGoGo or Kickstarter.

Since I’ve always been an early adapter and self-doer, I set my mind on using crowdfunding to get my production budget. In a nutshell, it took me six months to properly research crowdfunding and build my online following.

Without that initial commitment, I don’t think I would have made my feature.

When I decided to raise funding for my feature film using crowdfunding, I had a completely different project in mind than I ended up making. I hoped to make a romantic comedy but ended up making a docudrama about sex and human trafficking. I guess it’s a perfect example of how creativity can’t be controlled or harnessed in any way.

We only had nine shooting days and $12500 to make the film happen. That was made possible just because everyone who worked on my project worked solely for the return of their expenses.

The movie isn’t a documentary, nor is a violently graphic film; it’s a fictional docudrama about one woman’s quest to solve the mystery of a European trafficking ring.

“Anna and Modern Day Slavery” is what it is and it won’t be any different. I’m very proud of this project, despite all of the limitations we had and the time it took me to complete the post-production.

I started researching sex and human trafficking in the fall of 2011.

Soon enough, I knew I wanted to create something that could make a difference in the lives of trafficking victims.

At first, I thought I was planning just to be the screenwriter and the producer of a short film.

However, the more I researched and wrote, the more I wanted to know who my main character, Anna, was and why she was doing what she was doing. The story took over, and I ended up with 80 pages of a script.

As always I went through several re-writes, and the script we shot had a tiny resemblance to my first draft.

Things moved pretty fast from the initial development stage, which I began in Nov. 2011, through crowdfunding (March 2012) to production (May/June 2012)

During the campaign, I was still polishing off the script and making changes here and there while fiercely working on getting ready to go into production.