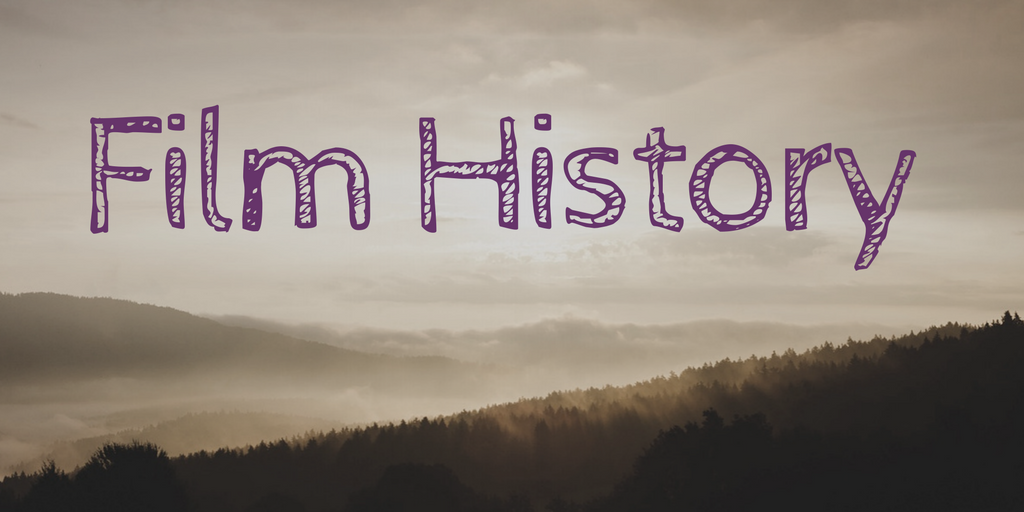 In the post-war  European cinema history, one might have observed two tendencies that have defined the cinema until today. On the one hand, there are filmmakers, concentrated around specific schools or trends, and on the other, there are outstanding directors, however, derived from one of those schools or trends. The main characteristic of the European cinema has been a tendency to make the author’s movies and those outstanding directors have been creating the very core of such cinema.

In the post-war history of European cinema, one might have observed two tendencies that have defined the cinema until today. On the one hand, there are filmmakers, concentrated around specific schools or trends, and on the other, there are outstanding directors, however, derived from one of those schools or trends. The main characteristic of the European cinema has been a tendency to make the author’s movies and those outstanding directors have been creating the very core of such cinema. Besides, it wasn’t a coincidence that American cinema’s Mavericks (like Woody Allen, Robert Altman, or James Ivory, who is called more British than Britons themselves) gained much greater fame in Europe than in the USA.

The cinematic history of post-war Europe was started by Italian neo-realism. The most significant of its representatives were Roberto Rossellini (Roma, Citta aperta 1945, Paisa 1946) and Vittorio De Sica (Ladri di Biciclette 1948 and Umberto D 1952). Neo-realism introduced new aesthetic solutions (true outdoor-sceneries, amateur actors) and took you those days social subjects. Until 1970’s and the New Wave’s triumph there was no other cinema trend that was to be of such importance as the Italian neo-realism.

In the fifties, the other masters of the European cinema, making their first masterpieces, were Luis Bunuel (Spain), Ingmar Bergman (Sweden) and Robert Bresson (France).

Bunuel, a provocateur and a moralist, creating in France, Spain and Mexico, was an author of such movies as Nazarin (1958), Viridiana (1961) and La belle de jour (1967), in which dominating aesthetics is a tendency toward perversion, violence and naturalism. Years after he was back to the aesthetics of surrealism in movies like Les charme discret de la burgeoisie (1972) and Cet obscur objet du desir (1974).

At the other end of the scale were the works of Robert Bresson, who in his extremely ascetic movies enclosed deliberations taking the form of religious morality (Le journal d’un cure campagne 1951 and Un condamne a mort s’est chappe 1956).

At the same time, Ingmar Bergman augmented existential questions about human nature. He started asking them in the trilogy made in years 1953-1957, consisting of Gycklarnas after,  Det sjude inseglet, Smultronstallet.

The seventies belonged to the filmmakers of New Wave which covered France, England and Czechoslovakia.

In France, young filmmakers connected with Cahiers du Cinema magazine proclaimed the revival of the cinema in the spirit of unfettered creative freedom. Francois Truffaut, Jean Luc Godard, Alain Reisnais are but a few of the leading New Wave names.

In Great Britain the revival of cinema should be connected with Angry Young Man, the group of artists grew out of Free Cinema movement originated in the 1950’s. It’s members where Lindsay Anderson, Tony Richardson, John Schlesinger, and Karel Reisz.

The term “Czechoslovak New Wave” is associated with the works of young directors, graduates of the FAMU film school. Its main representatives were Milos Forman, Jiri Menzel and Vera Chytilowa.

In the 1970’s and the 1980’s the main driving force amongst European filmmakers was to be the Germans: Werner Herzog, Volker Schlondorff, Rainer W.Fassbinder and Wim Wenders and Spaniards, a veteran Carlos Saura and a rising star Pedro Almodovar, who has been on the top until now.

The 1980’s in Great Britain was a successful time for Sally Potter and her avant-garde cinema as well as a visionary director Peter Greeneway. The incredibly prolific duo Merchant-Ivory made successful adaptations of classic novels. While at the other end Mike Leigh and Ken Loach became specialised in social dramas. A successor to the great Laurence Olivier appeared to be Kenneth Branagh, realising his adaptations of Shakespeare works.

Over the last couple decades, British cinematography seems to have taken a unique position amongst the other European cinematographies. In 1996, Anthony Minghella won an Oscar for The English Patient. Significant popularity from the world over sought out directors of the youngest generation: Danny Boyle, and his brilliant Trainspotting (1996) and Guy Ritchie with his gangster movies (Lock, Stock and Two Smoking Barrels 1998 and Snatch 2000).

Amongst the Italian directors deserving of special notice one should distinguish the Taviani brothers and Nanni Moretti.

A unique phenomenon of European cinema has lately been Scandinavian cinema, which because of Lars von Trier has been reviving since the 1990’s. A director who received many awards for Breaking the Waves 1996 and the winner at the 2000 International Cannes Film Festival with Dancer in the Dark, is also a co-author of the manifesto known as Dogma 95’. Dogma imposed signatories with maximum asceticism during the whole process of film production. The most radical von Trier applied Dogma rules in the movie shot in 1998 Idioterne.

This is possibly the shortest journey through the history of European cinematography. More complex stories you’ll find in the articles when we focus on the specific countries.

You may also find useful: