In the past few days, the film industry was served yet another severe blow, when the distributors of the new “James Bond” movie moved the premiere again, this time to 2021. Once the news broke out, Cineworld decided to go as far as closing their screens in the UK and the US. 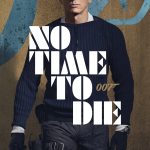 Quick search in Google reveals that most cinemas that still stay open re-run the classics, both old and modern, and screen films that no one has ever heard of or show what is already available on the streaming platforms.

In one of his many, many, many (zzzzzz) recent pleads Boris Jonson asked the public to help out the cinemas. But how can the public support cinemas, if the distributors are too afraid to run their films? (Yet another unclear and confusing message form the government doesn’t help). I would happily go and watch a movie; I haven’t been to the cinema for ages but give me something to watch I haven’t seen before or isn’t already available online.

I wonder whether the heads of the distribution world believe that the public doesn’t want to go to the cinema. After months of being stuck indoors and glued to their small screens, everyone would love a breath of fresh air and greatness that the big screen offers. The thrilling feeling that embodies the audience when the lights go out and the opening credits start rolling cannot be replaced by anything.

I’m not a fan of blockbusters, but in the current situation I would happily go and watch “Black Widow”. If the distributors are too scared over their precious multi-million dollars franchises why not to distribute indie films.

I realize that to distribute an indie film successfully mainstream media would need to help out a lot to make the public aware of the titles. But perhaps, instead of reporting how many screens are going out of business, they should rather encourage the audience to watch films that they would have missed out on during “normal” times.

If people can go to pubs, bars, restaurants or museums, and children attend schools, why not give cinema-goers something to watch, so that we can come back.

I guess that the distributors of big-budget films fear that their title won’t recoup the budget in the first weekend (if the movie is shit, that is the only time they can do it) or week. If not for the quality of the product, it would be because of social distancing rules, meaning the cinemas have to operate in half of their capacity.

Pulling out premieres is illogical since we don’t know what (if anything) will change by 2021. Even if there is a vaccine for COVID-19, we won’t build the herd immunity in a short period of time. What would moving an anticipated film premiere change in the life of the cinema? How would moving it to next year be beneficial to anyone in the business or the audience?

Unfortunately, COVID-19 is here to stay for the foreseeable future and if the public needs to learn to live with it so should distributors, and maybe take a chance.

Normally, the calendar is so packed that at times it’s hard to find dates for all those expensive films to premiere. Full calendar means that the competition for people’s attention is fierce, hence lots of money goes towards cross-media advertising. Now, when the premiere calendar is “dead”, cinemas have openings and films could stay on the big screen longer than two weeks, allowing the public to come out, support cinemas and all those zero-hours workers.

Unfortunately, the distributors who have money, budgets and recouping of the investments on their minds as a priority don’t want to think outside the box and take even the smallest chance. If anything in the process is considered too risky (as it hasn’t been done before successfully), they chicken out.

As a filmmaker and an active audience member, I feel saddened that somewhat knowingly distributors are killing the cinemas. Maybe cinema distribution became truly too expensive, even for the big guys (my speculation), that sacrificing cinemas in favour of VoD (Video on Demand) deals is what they’re after. Who knows, only time will tell.

If you are in a position to support your local cinema, please do it. Without cinemas, theatres and cultural centres, we are all doomed. Do we want cinemas to become the next West End or Broadway, only for chosen few and to be visited a couple of times a year?