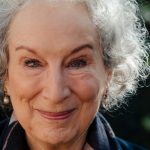 Margaret Atwood is an author of more than 40 books of fiction, poetry and critical essays. Her most prominent work, to name a few, include: “The Blind Assassin”, “Oryx and Crake”, “The Handmaid’s Tale”, “Alias Grace”.

1. You need to be kind to yourself and give yourself breaks from typing. Margaret suggests taking a walk or sleeping on a problem you cannot solve before you move on with your story.

2. Using “umm” and “yeahs” in your dialogue pattern is not advisable. Your dialogue should be more incisive and selective to reveal what your characters want from one another and to dramatise the power struggle in your story.

— How your characters wants/needs and desires affect their speech?

4. Seduction is one of the forms of power play you can use in your story.

6. To understand how your character should talk, you should know as much about them as you can, such as their upbringing, social class, where they come from, etc. All this information will reveal to you the character’s speech and tone.

7. If your story is set in the past, your dialogue and the speech pattern should reflect the old-fashioned language just the way the clothes and costumes would.

8. Reading your work aloud will help you catch repeated, strange language combination, as well as help you get on with the re-write in a most constructive way.

9. Margaret says that most writing falls between: “plainsong”, in which the writing is blunt and straightforward (Ernest Hemingway) and “baroque”, writing, which is more ornamented, containing lots of adjectives and adverbs, subordinated clauses, and pilling up details (Angela Carter, Charles Dickens).

10. There is a big difference between details and style.

11. Details don’t have to come through adjectives, but can be given through pared-down, concrete nouns.

12. Regardless of what kind of a writer you are, always include essential details in your story.

13. According to Margaret, the style comes down to the sound made by individual words that are grouped, and letters within those words. 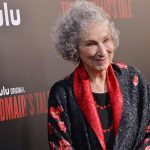 14. Margaret says that time in fiction can be viewed as circular (things come around to the way they were) or linear (going from here to there, A to B).

15. You need to signal to your readers what time you are moving through. You can do this directly by using the timestamp, or you could use clues through sensory details (What clothes are the characters wearing? How do they talk?).

17. Flashbacks help you fill in the gaps in your story. Just make sure your flashbacks aren’t too long or tedious ‘cos it will become too dull for your readers. While using a flashback, you have to be aware that the current story is still moving forward.

18. If you are using omniscient narrative point of view strategy, your narrator may encounter a parallel event happening simultaneously in another place; you can use for that “meanwhile”, “Across town…” phrases. It will help the readers know that one of the characters does not know the events taking place somewhere else.

19. Your first pages should pull the readers into your story and keep them attracted. However, in your opening pages, don’t overload your readers with too much information and too many details.

20. If you don’t have the “real beginning” of your story right away, don’t worry. The more you learn about your story, your characters, and the events taking place, your story slowly will begin to evolve.

21. When you have the beginning and the ending for your story, your real question is how you will get your readers through the middle of it.

22. Cliff hangers are one way of getting the readers engaged in the story. At the end of the day, you are working towards your reader, asking: “What will happen next?”

23. Margaret firmly believes that writing is one part inspiration and nine parts perspiration. You will most likely come to realise that some things about your characters aren’t true and you will have to go back and re-write some parts of the story. If that happens, don’t worry; your first aim should always be to finish the book.

24. Some people have a “completion fear”. Fear of completing the first draft just in case it isn’t any good. However, once you have your first draft, you have endless ways and opportunities to revise your work.