As a film student I read many books written by film directors, who I admired but I never fully understood what film director’s job was and what do they do on and off the set. It all became clear to me once I started making my films, making mistakes, and learning from them.

Below you will find my personal list of the director’s responsibilities/what film directors really do: 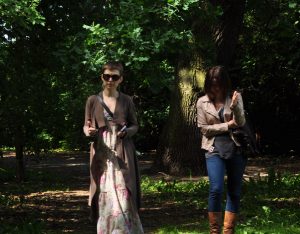 1. A director must protect the story and make sure it is told in the best possible way for the audience to enjoy.

2. Before walking onto the film set, the director needs to analyse the script and use that in-depth analysis to understand the story, and then use that understanding as a storytelling tool.

3. The director must know the script, the story, and the characters inside out before going into production.

5. The director needs to set aside rehearsal time with the actors!!! It is crucial for the project, the characters, and the overall story.

6. Of course, the director should be involved in the casting process as much as possible.

7. The director should find the crew they feel comfortable working with.

8. Know how to delegate jobs.

9. Know how to communicate with the cast and crew.

10. Work with the heads of different departments ahead of the shoot to plan everything that needs planning in advance.

11. Be aware of the budget and know how budgeting and scheduling work and how one influences the other.

12. Know how the story is going to be edited and how last-minute changes can influence the story, the plot, and the character timeline.

13. Be kind and understanding to people they work with but at the same time remain a firm believer knowing what is best for the story.

14. Not be afraid to say no, if they feel something is not working for the story.

15. Be ready and willing to market and promote the film to attract the right audience.