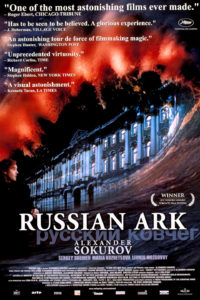 The cinematography was first brought to the Russian Empire by the Lumiere brothers themselves in the very same year it was invented. Also in 1896 the first Russian film, documenting the coronation of Tsar Nicholas II, was recorded by Camille Cerf. The first Russian feature film was Stenka Razin (1908) by Vladimir Romashkov. In 1911 Vasili Goncharov and Aleksandr Khanzhonkov created a historical fresco Defence of Sevastopol. The outbreak of the First World War caused the dropping of both, film production in Russia and the importation of foreign films. The last significant film of the Russian Empire period was a religious picture Father Sergius (1917), in which Ivan Mozzhukhin starred. The film was directed by Yakov Protazanov, who is considered as one of the fathers of Russian cinema together with Vladimir Gardin.

In 1922 from the October Revolution the Soviet Union emerged. The Communist Party saw film production as the most important propaganda tool. The film business was subordinated entirely to the party and communist ideology. In the course of time, the film, as well as the other arts, began realising an aesthetics of socialism. Propaganda pieces that are short educational films were mass-produced. Their primary aim was to disseminate the official political program of the communist party and to indoctrinate the broad masses of society.

In 1920 Mosfilm – the most significant film company in Russian history – originated from combining two nationalised private companies. The filmmakers were supposed to realise the goals of communism and were strictly supervised by the party censorship. Interestingly, making films according to the predominant ideology did not prevent the filmmakers from experimenting with the film substance. The Soviet filmmakers engraved their names in film history with the masterpieces of both, formal sphere and construction sphere.

One of the most prominent directors and theorists of the Soviet film school was Sergei M. Eisenstein. Like other directors, he also was a student of Lev Kuleshov, the film director and theorist considered as a father of Soviet cinematography. In the 1930s, Eisenstein created the revolutionary trilogy Stachka (Strike) (1925), Battleship Potemkin (1925) and October (1928) and next Alexander Nevsky (1938) and Ivan the Terrible (1944). However, of all these works, his most significant artistic achievement is considered to be Battleship Potemkin, a story about the sailors’ mutiny in the harbour of Odessa. The film was ordered by the party to commemorate the twentieth anniversary of the 1905 Revolution. Eisenstein was a master of showing the organised actions of the proletariat, and in his films, the group of people, not individuals played a dominant role. The artistic greatness of Eisenstein lied in an ability to unite the film content with its form in an extremely coherent way. He achieved that thanks to the dynamic editing, called montage which essence was the juxtaposition of alternately opposite shots. The montage is based on a counterpoint and an analogy. From Eisenstein’s films, the one sequence, in particular, went down in history. It is the massacre of civilians on the Odessa Steps from Battleship Potemkin. The sequence was inspirational for other filmmakers who paid homage to the scene, including Francis Ford Coppola’s The Godfather (1972), Brian de Palma’s The Untouchables (1987) or even George Lucas’s Star Wars Episode III: Revenge of the Sith (2005).

Together with Eisenstein, the Soviet film school created both Vsevolod Pudovkin and the Ukrainian director Alexander Dovzhenko. Pudovkin realised in 1926 the famous Mother of Maksim Gorki, considered as the ideological model in which the author showed a metamorphosis of the main character into a conscious revolutionist. It was a precisely constructed picture in which the film editing was masterfully used. Pudovkin used mainly poetical editing by building symbolic and metaphorical sequences. Mother is the first part of the revolutionary trilogy by Pudovkin; the next parts are The End of Sankt Petersburg (1927) and Storm Over Asia (Potomok Chingis-Khana) (1928). 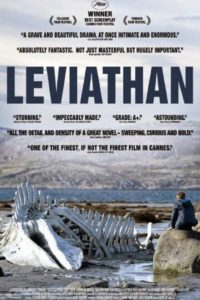 The most outstanding film of Ukrainian Aleksander Dovzhenko was Earth, 1930. The propaganda content of the film talks about collectivization of the country was peripheral towards poetical endeavours of the director who was primarily interested in roots of the relationship between human nature as well as folk myths. The film evokes, first of all, a humanistic and mythological vision of life about mother nature. It is a lyric story about life and death. Dovzhenko also directed Arsenal (1929) and Zvenigora (1928).

The vanguard of a documentary was represented by Dziga Vertov, an experimentator of the film language. He was a member of the Kino-Oko (Cinema-eye) group, whose extreme assumptions denied the entertaining and bourgeois cinema and demanded the recording of the real-life of the familiar people. He created the series of documentaries Kino-Pravda. In Man with a Movie Camera (1929), he enclosed his manifesto of a documentary and at the same time artistic cinema. It was a presentation of one day in the life of a big city. This is an auto thematic story about the filmmaker who tries to catch everyday life. Vertov focused on a spontaneous record of reality and created a documentary, artistic essay. Formally innovative work by Vertov became an inspiration for the French New Wave filmmakers of the 1960s.

Another vanguard trend of the 1920s was started by Grigori Kozintsev, Leonid Trauberg and Sergei Yutkevich: FEKS group, that is Factory of the Eccentricity.

Since 1930 socrealism started its domination also in culture including all areas of the art. There was no more space for experiments. A film was supposed to be in the state’s service and strictly realise assumptions of party ideology. The cinematography became another cog-wheel in the politics and economy of the Soviet Union. The complex system of and censorship hampered every manifestation of creativity and pushed them into rigid frames, subordinates to the strict control. Films were supposed to be made according to the guidelines set by the party. They should have shown protagonists in a simple and clear way, as an example to follow and should have given directions on how to be a good citizen and strengthened people’s support for the authorities. The principal work of socrealism was Chapaev made by Georgi Vasilyev and Sergei Vasilyev in 1934. Heroic combat and death of the Red Army’s commanding officer shown in the film were an example of how to fight for a revolution. Czapaev was adored by successive generations and was a vast box office success in the Soviet Union. Other films of that period were Volga-Volga (1938) by Grigori Aleksandrov (1937), Lenin in October (1937) and Lenin in 1918 (1939) by Mikhail Romm and awarded with the Golden Palm in Cannes melodrama The Cranes Are Flying (1957) by Mikhail Kalatozov.

The group of directors who realised critical – philosophical and reflective trend showed in the 1970s. One of the leading directors of that time was Andrei Tarkovsky, who gained international renown in the 1980s and later had to emigrate because of the problems with censorship. He was excommunicated from the country and worshipped abroad. Between 1966 and 1979 he made Andrei Rublev (1966), Solyaris (1972), The Mirror (1975) and Stalker (1979), all of them while still living in the Soviet Union. Tarkovsky created intimate cinema, autobiographical and meditative. He showed creative individuals struggling with their spirituality and the most important existential problems. In his works, he was asking about values and humanism. Besides Tarkovsky, the reflective trend of anxieties about the human condition beyond the politic conditionings was represented by Ilya Averbakh (Other People’s Letters 1975), Gleb Panfilov (Proshu Slova, 1975) and Larisa Shepitko (The Ascent 1977). 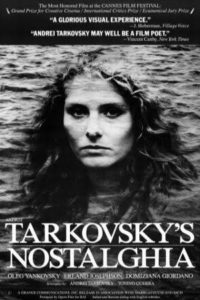 After the censorship was softened in the 1980s the Soviet cinema got into a crisis. However slowly the film production began to increase to reach a level comparable with Europe. After 1991 a new talent appeared – Nikita Mikhalkov. His most important films are Burnt by the Sun (1994) and The Barber of Siberia (1998). Nikita Mikhalkov skilfully tells sincere stories and calls up a real Russian soul. Under the guise of laughter and irony, he can evoke great human tragedies. Also, the works of his brother Andrei Konchalovsky should be mentioned here. Konchalovsky successfully made his films in the USA for some time. Some of his most prominent films are Sibiriada (1979), Kurochka Ryaba (1994) and Dom durakov (House of Fools) (2002). Significant successes were also two films made by Aleksey Balabanov Brother (1997) and The Brother 2 (2002). There appeared a new genre called „chernukha’ showing rough Soviet reality. In this style is told i.a. Another film titled Little Vera directed in 1988 by Vasili Pichul.

Over the last few years, a renaissance of the Russian cinema can be seen. In 2002 Aleksandr Sokurov directed Russian Ark, in which he showed 300 years of czarism.

The youngest generation of directors looks at modern Russia pretty critically. They try to show traumas and historical ballast as well as the social stratification of savage capitalism sweeping across Russia nowadays. They lean over a man and bore the existential subjects. Such are films The Return (2003) and The Banishment (2007) by Andrei Zvyagintsev, Cargo 200 (2007) and Morphine (2008) by Aleksey Balabanov, The Island (2006) by Pavel Lungin, Travelling with Pets (2007) by Vera Storozheva, Euphoria (2006) and Oxygen (2009) by Ivan Vyrypayev.

There are also significant blockbusters like Pavel Lungin’s Tycoon (2002), or Admiral (2008) by Andrey Kravchuk produced and very popular action films in type of Night Watch: Nochnoi Dozor (2004) and Day Watch: Dnevnoy Dozor, both by Timur Bekmambetov, who now makes his movies with big stars and for big money in Hollywood.