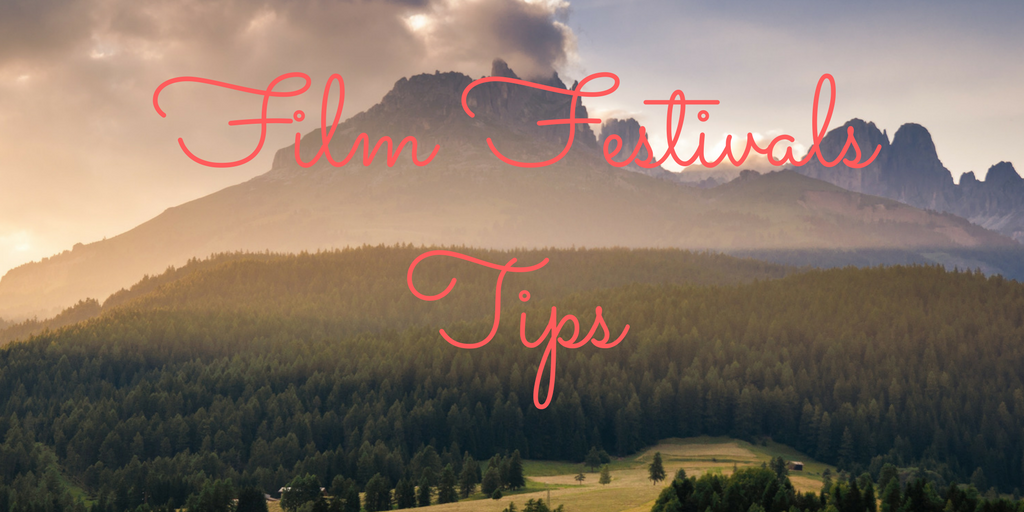 Being a filmmaker, you eventually get to the point where you have your film ready and are beginning to think how to show it to the world.

One of the best possible ways to get both you and your film noticed is to get into a film festival. But getting to just any given festival may not bring you what you want. That is why we strongly advise you to divide all the festivals into different categories, about the importance of the festivals. 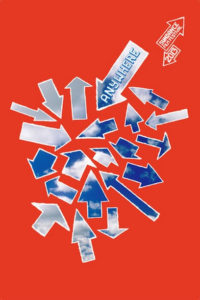 The first category you should create is the so-called A-list film festivals. These festivals are the biggest, the oldest and the most important and the most respected in the film world. Being qualified for one of them will certainly make your life as a filmmaker easier. Even if your film does not succeed at the festival, it will certainly matter at some point in the future that your movie was chosen to be screened at one of the A-list film festivals.
It should go without saying, in case you haven’t read the previous articles that the most respected film festivals are: Cannes, Berlin and Venice. Of course, we understand, that it is far from being easy to get to one of these three, but that should not put you off trying. However, our suggestion would be to perhaps start off a little less high profile than mainstream. You should instead aim for one of the many independent film festivals, and of these, the biggest independent film events on the planet are Sundance, SXSW to where (in theory at least)it should be easier to get to. Being noticed at one of them can be a great boost for your filmmaking career
To make it a little bit easier for you, we have divided the festivals, that are considered to be A-list, into two groups: for Feature films and for Short films. Obviously, all of the “Feature films” festivals also screen shorts and some of the “Short films” festivals have pretty important and considerably well-known feature sections. On the other hand, some festivals from the “Short” list tend to be more specific like BILBAO INT’L FESTIVAL OF DOCUMENTARY & SHORT FILMS specializing in documentaries and shorts or CINANIMA INT’L ANIMATION FILM FESTIVAL where the main purpose is the promotion and appreciation of animations.
Some of you may writhe that we chose some festivals and ignored the others. However, as every list, this one also has its limitations. We have therefore chosen to give 20 events in each sub-list, which adds up to 40 film festivals in total and on top of this we are also highlighting the five annual awards ceremonies that we see as the most prestigious in the world. We realize that you could probably think of some festivals or awards that we didn’t include but most of them would be in the USA or Europe, and we also wanted to be geographically correct so every Bulletfilm user, no matter where on the planet they live and work, could use the list for their purposes. And as much as the universal film language is and your origin may not necessarily matter for your success, though it should be pointed out that it’s probably easiest to win over your home audience first.
Anyway, feel free to search through our film festivals database using any search criteria you like but if you appreciate your time, below is our list of the festivals that we think you should consider at first.

Cannes International Film Festival – The Festival de Cannes is the most important film event in the world, with more than 4,000 journalists among the 30,000 accreditees, representing the entire spectrum of the motion-picture industry.

Venice Film Festival – One of the most prominent festivals in the world. The aim of the Festival is to raise awareness and promote all the various aspects of international cinema in all its forms: as art, entertainment and as an industry, in a spirit of freedom and tolerance

Berlin International Film Festival – The Berlinale – not only the city’s largest cultural event but also one of the most important dates on the international film industry’s calendar. More than 19,000 film professionals from 120 countries, including 4,000 journalists, are accredited for the Berlin International Film Festival every year. The Berlinale is truly a mega event. At the same time, it is a festival of encounters and discussions. 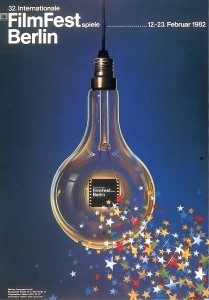 Sundance Film Festival – The oldest and the most respected independent film festival held annually in Park City, Utah by the Sundance Institute.

Locarno International Film Festival – Throughout its history the Locarno International Film Festival has occupied a unique position in the landscape of the major film festivals. Every August, around 180,000 cinema-goers, 1,100 journalists, and 3,400 professionals converge on the small Swiss-Italian town of Locarno, right in the heart of Europe, which becomes the world capital of auteur cinema for eleven days.

Karlovy Vary International Film Festival – The Karlovy Vary IFF is the most important international film festival Category A in Central and Eastern Europe and the only festival of Category A in the Czech Republic. The concept of the Karlovy Vary IFF is based on the advantageous geopolitical location of the Czech Republic on the border between Eastern and Western Europe. The festival is open to the public and is visited by thousands of young people.

International Film Festival of Cartagena de Indias, FICCI – By their nature, as defined in the seventies, the festival promotes cultural diversity, support and carry out the exhibition of works by Latin American and Caribbean countries, the most significant reception and discussion of the works, stories, trends and achievements of the cinema national part of the world mean that the work itself, artistic identity of the participating countries.

South by Southwest Film Conference & Festival – The SXSW Film Conference and Festival is a uniquely creative environment featuring the dynamic convergence of talent, smart audiences and industry heavyweights. A hotbed of discovery and interactivity, the event offers lucrative networking opportunities and immersion into the art and business of the rapidly evolving world of independent film. 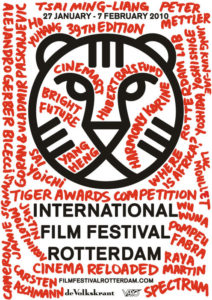 Tokyo International Film Festival – TIFF Competition has been the door to international success for unknown brilliant talents, such as Alejandro Gonzalez Inarritu, Jean-Pierre Jeunet, Aki Kaurismaki, Tsai Ming-liang, etc.… as well as a stage to present the latest works of prestigious directors as world premieres.
Viennale – Vienna International Film Festival – The Viennale is Austria’s most important international film event, as well as one of the oldest and best-known festivals in the German-speaking world. A high percentage of the more than 90,000 visitors to the festival from Austria and abroad is made up of a decidedly young audience.

Flickerfest International Short Films Festival – The Festival will consist of International competition, an Australian competition and a short Documentary competition. Following the Festival in Sydney, a selection of films from the competitive programs will go on tour to capital cities, and the regional centre’s around Australia.

Cinanima Int’l Animation Film Festival – Its main purpose is the promotion of the animation cinema, aiming to conquer new audiences, encouraging the exchange of experiences between the professionals and the audience and to call the distributors’ and TV networks’ attention towards the animation cinema.

Cinequest Film Festival – Cinequest remains one of the last big festival bastions for the discovery of new and emerging film artists.

Festival De Cine De Huesca – The Festival’s primary goal is to contribute to the development of a cinematographic culture and to promote the short film and the documentary film from around the world.

Los Angeles Intl. Short Film Festival – LA Shorts Fest honours those individuals who have achieved excellence in short films. As the largest short film festival in the world with more than 280 films screening and nine days of “coffee chats” guest speakers, interactive and entertaining events, the festival has become the industry standard for showcasing and awarding undiscovered talent. We consider this a must for any new film-maker

Palm Springs Int’l Festival of Short Films – ShortFest calls a vast selection of dazzling new animated, live action and documentary short films for its line-up from many submissions to the event every year. And while these films are short in length, they are long on entertainment value – in turns amusing, enlightening, challenging and provocative – all of which adds up to the perfect recipe for a great time at the movies.

Rio De Janeiro International Short Film Festival – The Festival aims to promote the short film and develop a greater reflection about the format, trying to broaden the interchange between the Brazilian and the International productions. 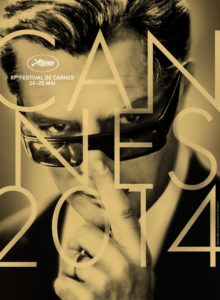 Short Shorts Film Festival – Short films are the starting point for emerging filmmakers, in the United States, Europe and around the world, who are ready to show their talent to global audiences. The short film is a resume for a filmmaker to show his ability, much like a sketch is proof of an artist’s ability to paint. Through the exhibition of short films at film festivals, directors get the chance to have their films seen by producers and industry representatives, and those screenings could prove to be the launching pad for a career in film, as with the now industry powerhouses George Lucas and Steven Spielberg. The Short Shorts Film Festival has created an event of international exchange at every venue on its international tour, and an opportunity for regional cities to become involved in an international competition.

Tampere Int’l Short Film Festival – The festival is the oldest of its kind in the Nordic countries; the second-longest-running film festival in the area. The central mission of the Tampere Film Festival has remained unchanged since the 1970s: to hold an international and a Finnish short film competition and to organise various seminars for film professionals and enthusiasts. The festival also aims to promote short films sales and international co-operation in the field of culture, as well as to cherish the tradition of a significant local cultural event.

USA Film Festival – National Short Film & Video Competition – One of the oldest and most respected festivals and film arts organizations in the U.S. Through its YEAR-ROUND “live cinema” programs and special events, the USA Film Festival provides an opportunity for the public to discover new films and sheds new light on familiar films by facilitating discussion and encounters with master, mid-career and emerging filmmakers. 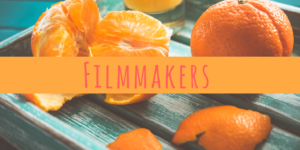 Oscar, Academy Awards – The biggest, the most famous, the most important, the most prestigious,… just Oscars.

Golden Globe Awards – The biggest and the essential movie awards ceremony after Academy Awards night. Also is usually a good indicator of who will win at the Oscars

BAFTA Film Awards – The British Academy of Film and Television Arts supports, develops and promotes the art forms of the moving image, by identifying and rewarding excellence, inspiring practitioners and benefiting the public.

European Film Awards – The European Film Academy currently unites 1,850 European film professionals with the common aim of promoting Europe’s film culture. Throughout the year, the EFA initiates and participates in a series of activities dealing with film politics as well as economic, artistic, and training aspects. The programme includes conferences, seminars and workshops, and a common goal is to build a bridge between creativity and the industry. These activities culminate in the annual presentation of the European Film Awards.

Cesar Awards – The most important awards granted by the French film industry to French filmmakers, the French version of the Oscars.