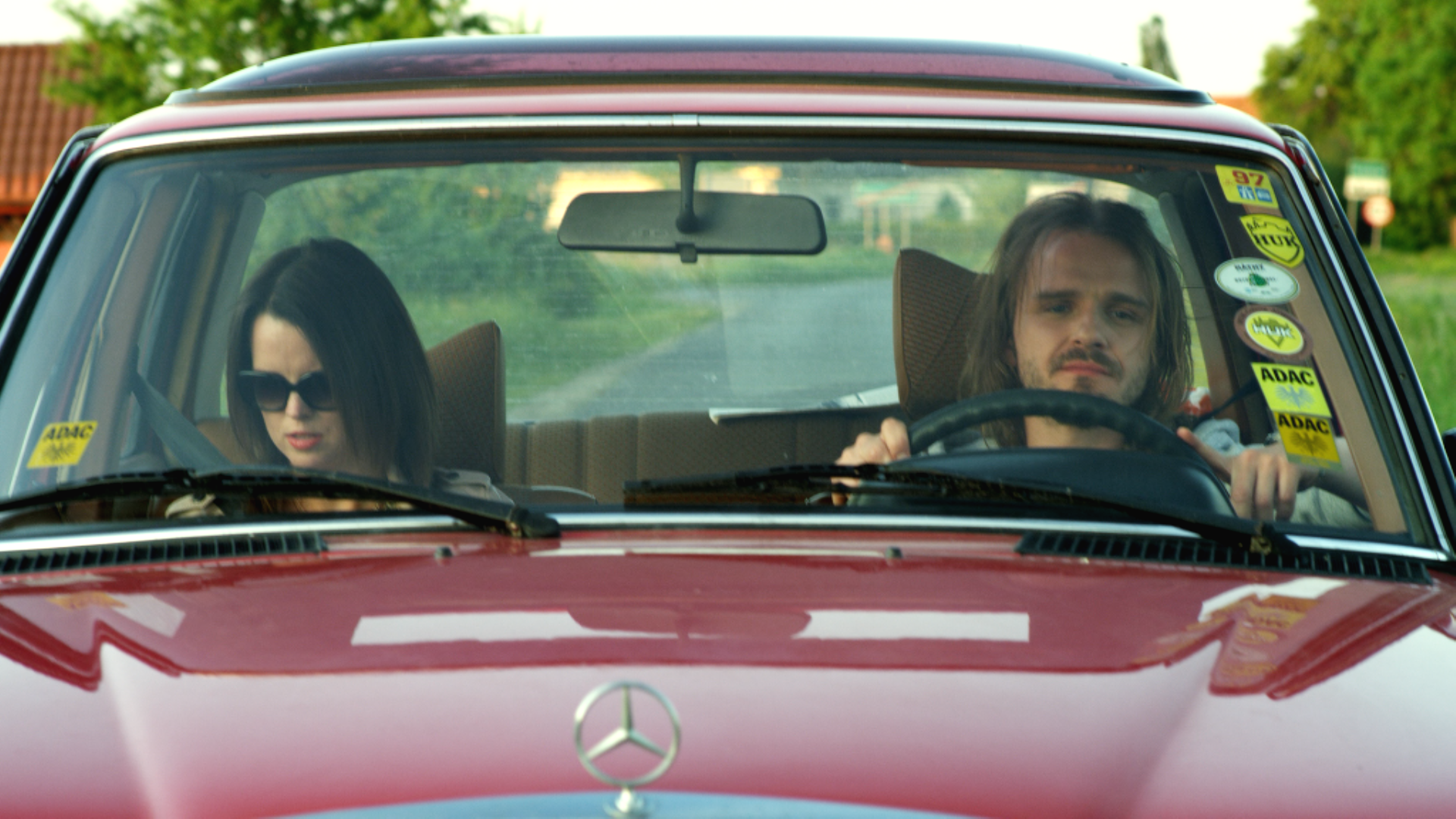 At first, I tried to keep everyone who was directly involved, or who contributed to my film, in the loop with emails, tweets and FB posts. But when life demands started crowding me, I needed to focus on my main priority. At that time it was delivering the final cut.

During the initial post-production phase, one of my producers, Heather Payer-Smith, offered to build a website for our film. Since we had no money to spare on that, Heather managed to do a fantastic job using Weebly. She was also responsible for creating our first trailer, which she made entirely out of still photos and designed a red ribbon — a symbol that we had been using in our campaign representing slavery. She was a great help and was the last person from our team to move onto other projects.

You should check out what Heather is up to now. She does a lot of fantastic work, not only in media but also in helping homeless animals.

Social media and marketing activities are always outsourced to a specially dedicated team that only focuses on that one project. In our case, it was Heather and I. I’m not complaining; I knew it was going to be the case; at the end of the day, this is how indie filmmaking looks like.

During that initial time (while I was starting to edit the movie) I managed to release some of the interviews I recorded on the set. However, I didn’t have time, or the resources, to keep on producing the content while editing the movie at the same time.

SYNCING UP THE SOUND AND THE VISUALS

Since our camera failed to record the sound, it took me ages to sync all the footage with the externally recorded sound. I’m not a sound designer and never had much practice in this department, so I had to brush up on my limited skills quickly.

I even went to the Apple store in London, UK, where I had a very unpleasant encounter with one of the staff members. He tried to teach me how to make movies while patronising me about recording sound together with the images. It was pretty funny to me how smart he was trying to sound before I dropped the “RED was broken” bomb and shut him up.
All in all, that long and slow process took me at least three months before I could begin placing my footage on the timeline.

HOLES IN THE COVERAGE

Once I started editing, I noticed fairly quickly that there were many holes in the coverage, and of course, it was too late to fix anything. The only rescue plan I came up with (encouraged by another fantastic individual Adam Bloom) was the voice-over and chopping down the film to only 65 minutes.
Some of the scenes I wanted to include in the film didn’t make much sense without the ones that I had to chuck away, due to time pressure and travel restrictions on the set.
Also, the fact that we didn’t have enough coverage didn’t help the mystery that I wanted to create in the story.
To be blunt, Magda the Editor, contrary to Magda, Writer felt that some of the dialogue could have been more precise and to the point.
Despite all that, I tried to make the best film possible with what I had.

FINAL CUT ISN’T WORKING (EVERYONE IS TRYING TO HELP, BUT NOTHING IS WORKING)

After syncing up all the sound with footage, I was super eager to start editing. I lined up scenes and sequences on my timeline. Some of the scenes were more difficult to edit than others, but all in all, I was moving forward.
Then, one day Final Cut update was released, and my problems started again.

This was the first of Final Cut X versions, which was entirely bugged. First, it completely messed up my timeline, then folders and files. It took me weeks to find myself in it again.
Once I overcame the obstacles Final Cut X dropped my way, I discovered that I couldn’t see what was happening between each cut. Each time I tried to watch a sequence, my machine would slow down and create a jump cut, precisely on the cut. I ended up spending a year editing like this since no one (literally no one) knew what was happening.

The Apple people didn’t see any problems, and their suggestion was: “Get a faster machine.”
My machine wasn’t even a year old, and when I was buying it, I purposely went for something over the top to be able to edit the film.

The new Final Cut turned out to be full of bugs that took Apple over a year to fix. That “little hiccup “slowed me down drastically, for almost a year.
I was on the verge of buying an entirely new machine and re-editing the film on Adobe Premiere as I didn’t want to have anything to do with Final Cut when the program “miraculously” started working again after yet another update.

It felt really good to be a guinea pig for Apple. I would like to thank them for that precious experience, NOT!!

THE FINAL EDIT ISN’T SO GOOD

I was playing around with many different approaches and versions of the final cut. And the version I initially ended up with turned out not to be so good.
After consultation with Adam Bloom, my editor friend and Jules Rampton, my director friend I had a hard look at the film and decided to go back to the editing room and get rid of 15 minutes of the footage that made no sense whatsoever.

I ended up re-editing for another three months before the movie was finally ready. Towards the end of the process, the changes I was making were so that only I was able to see the difference.
While I was tinkering with the images, my sound designer/music composer, as well as the colourist, were waiting for me to get my act together and let my “baby” fly. Finally, at the end of June 2015, I sent the final cut to colour correction and sound/music design.

TALKING TO WENDA FOR THREE YEARS

Wenda Zonnefeld and I e-met on one of the filmmakers networking websites, and we immediately clicked.
We talked about sound design for Anna & Modern Day Slavery for three years before I was ready to send her anything she could work with.
While I was editing, Wenda turned out to be an angel and helped me out with a lot of the scenes that were out of sync. She was also my moral support trying to assure me that everything was happening at the right time.
Throughout the whole post-production process, she was helpful, encouraging and stuck with me in the darkest hours, when I wasn’t even sure if I was ever going to finish the film.
During the time of prolonged editing, I lost our composer who was attached to the movie at the beginning and Wenda volunteered. I knew her work, her work ethics, and most importantly, I knew how committed and talented she was.
Working with her was a real pleasure. She did an excellent job designing the sound, recording narration and composing music for the film.
The final sound and music mix was finished at the end of January 2016.

Mark Liberty did the colour correction. A friend of mine suggested that Mark would be a great asset to our film. And boy, she right.
He put in an enormous amount of hours into doing both the colour correction and online editing. During the file transfer from RED to Quicktime all the files got renamed. To make Mark’s life more manageable, I found all the corresponding files the old fashion way so he could finish the online editing. Once the online editing was done, the film already looked a million times better, and the added corrections made it even more amazing, at least for me.

Most of the work Mark did was on his own, based on my notes. I would send him references, and then he would send me the screenshots back to see if this was what I had in mind.
In the end, we booked a day-long session in a mind-blowing studio in Soho, where we sat down together, making all the necessary adjustments to each scene.
That was the first time that I was able to see my movie on the big screen. It felt awesome.