When I was in the film school in the early 2000s, I knew nothing about film festivals. My tutors somehow didn’t feel it was relevant to share that kind of knowledge with their students. Or maybe they didn’t really know…

I left the film school in 2004 unaware that film festivals, apart from Cannes and Berlin, of which I knew since I was seven years old, existed. 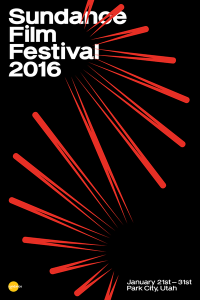 Since I was unaware that film festivals were a vital part of the film business, I also didn’t know that any aspiring filmmaker had to learn how the whole festival circuit functioned and what the benefits of screening at and attending film festivals with your films were.

It took me quite a few years to understand how film festivals work and what the benefits and rewards of being part of them are.

Film Festivals are great for:

Film festivals have deadlines, by which all the filmmakers wanting to participate need to submit their films. Most commonly, the earlier you submit your film, the lower the submission fee is. There are still some festivals, especially in Europe, that are submission fee-free.

Once you start submitting your film to festivals, make sure you are submitting it to the ones that accept your genre (read FAQs).

There are thousands of film festivals around the globe and your festival submission budget can easily go over your production budget. Make sure you keep tabs on your spending and the best way to do that is to know precisely which festivals accept films like yours. There is no point submitting drama to a horror festival or a narrative to a documentary festival. Take time and do your research properly; don’t expose yourself to unnecessary extra costs and silly mistakes.

After you submit your film to a festival, the programmers will watch your film and decide if it’s a good fit for that festival or not.

When your film makes to the competition, you will receive an email or a phone call from the festival inviting you to attend and present your film. It’s always super exciting to have your film screened at festivals since it means your film was chosen from thousands of other films and stories.

If you can afford to attend the festival, do it. Some festivals pay for the filmmaker’s expenses such as travel and lodging costs; some festivals do it partially, and some have huge discounts available to filmmakers. Check with the festival organizers how they can help you out before you make any arrangements yourself.

As I said before, it’s always fun to be able to watch your film on a big screen, meet people and enjoy your success a bit.