There are over 10000 film festivals around the world; most of them require a submission fee from the participants to be even able to send their film for consideration, which obviously doesn’t mean that it is going to make the cut and be screened. Every year new festivals pop up and another closedown. Running a film festival is expensive and time-consuming from the point of view of the organisers, and I understand and accept that there needs to be a submission fee.

However, recently I have started wondering how important film festivals are for filmmakers. In the older days, the days before the Internet and VOD platforms, film festivals were once of very few places where filmmakers could exhibit their work and be discovered. 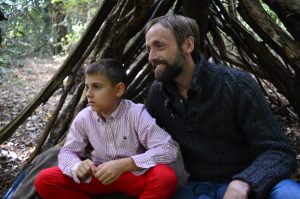 Nowadays the Internet offers so many opportunities; so why even bother with film festivals? This is the question I started asking myself when I had to pay £110 for submission fees for my 7 minutes short “Dad” only this month (the bill is usually from £100-£150 a month). And this is just the submission fees I can afford; I’m not submitting my film to festivals, which set their early deadline fee to $50 or $60. For a short film, this is pure craziness.

If on average I spend £120 a month on submission fees over a year it will come down to £1440, and that is a budget for another short.

Is the whole process of submitting my film to festivals worth the money, the time, and the effort? Is the entire process slowing me down in building my audience and reaching out to my fans?

Don’t get me wrong, I think film festivals are great places to watch films and maybe network but are they really helping move filmmakers’ careers forward or not so much? To attend a film festival is a pretty expensive venture but that is another story you need to worry about and plan for once your work is accepted.

Of course, there are submission free festivals, which I’m also utilising but that doesn’t mean I think the festivals are the right way to go. With such a fast-paced world, in a year time when the festival circle is over for my film, my short will be already old, and I will have to start all over again marketing and promoting my film to find the right audience. Should I just drop the film festivals altogether and go and reach my audience?

Perhaps today the digital way of communicating with people is a better way to go than film festivals? None of the film festivals I’m submitting my short to is going to share their mailing list with me or help me connect with the audience afterwards.

Yes, a film festival can give awards, and it feels truly great to get some but will that be followed by job offers? Maybe, maybe not. 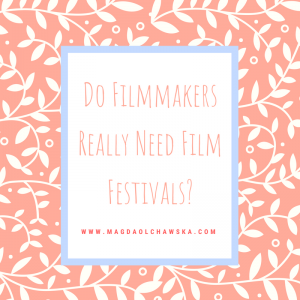 Building an audience and fan base for our work is what will sustain all our careers over an extended period. In my opinion film festivals became too expensive and offer very little in return to indie filmmakers regarding contacts, contracts and solid networking and promotional opportunities, especially for short films.

To spend £1440 over a year on submission fees for a short film seems not too smart if you think how many FB adverts it could buy or how much that money could help you in adding your film to the VOD digital platforms. Platforms, which could truly help you recoup some of your money, not only keep on spending and spending.