Neil Gaiman is an English author of short fiction, novels, comic books, graphic novels and non-fiction books. His work includes amongst many other titles: The Sandman, American Gods, Stardust. Coraline, The Graveyard Book.

Use the following tools to make your characters, setting and scene stronger:

— Give specific and concrete sensory details (Are your details specific enough? Can you make your details sensory?)
— Use familiar alongside the unfamiliar.
— If you are writing about the real world and real technology, avoid technical mistakes at all cost.
— If something doesn’t feel right for you in the world you have created, let your character notice that because most likely it won’t be right for them either.

2. Pay attention to your character’s behaviour and their responses, which need to be in line with their personality.

3. The purpose of truth in fiction is to convert emotional truths in such way that is entertaining, helps a reader understand challenging times, makes them think differently about the world; and sometimes it can even change their lives.

4. Allusion — a short reference to another story, through the use of familiar elements.

5. How to upgrade an old story for a modern audience:

— Change the point of view by choosing an alternative character to retell the same familiar story.
— Modernise themes, i.e. by telling the story from a modern perspective.

—Switch story elements, i.e. by taking the story to a new location.
— Add a bit of your own story and background to an old familiar story.

6. As a writer, you will develop your own style and personality, which will comprise all the elements of your work. Your readers will be able to pick up a page of your work and know that this work is yours. Your writer’s voice will be a mixture of your choice, such as:
— emotional tone
— characters
— settings
— textual rhythms of your language such as diction
— sentence structure
— punctuation

7. Persona is the voice that tells the story and can be any narrative point of view. But it’s not the same as the writer’s voice. You find the persona of the story the same way you develop characters.

9. Your story’s big idea (what the story is about) will evolve over time, so you don’t have to feel pressured to decide on the big idea the moment you start writing. 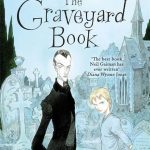 10. How to create suspenseful writing in your story:

11. Your readers will always have a set of expectations based on your story’s genre.

12. An epic story in classical terms used to be an adventure, often written in poetic form (Odyssey). Today we tend to refer to an epic story as a “hero’s journey”.

13. For much of Western history, a tragedy (a downfall, which should provoke a mixture of fear and pity) was restricted only to wealthy and compelling characters. Still, in modern times the tragedy can occur with all kind of protagonists coming from a variety of backgrounds.

14. Comedy used to mock social conventions, institutions or beliefs. Nowadays, comedy is built of the same materials as a tragedy but ends on a positive note.

16. While developing a round character, keep these points in mind:

— Character’s motivations are always revealed in the choice/s they make. The harder the choice/s, the more of the character’s deepest nature you need to reveal.

— People will always choose what they see and believe is right. To understand your character’s beliefs, you need to know your character’s mind and how they will justify their actions regardless of how cruel they are.

— You need conflict to develop a character. Your readers will lose interest if nothing in your character’s journey is at stake, which will mean that your character’s personal choices don’t matter that much.

— Your story should keep increasing the conflict for the character to help their choices and responses evolve throughout.

17. While you are crafting a conflict, remember:

— The stronger the antagonist forces are, the more well- developed your character will become.
— Conflict should always be tailored to the protagonist’s primary desire.
— Not to lose readers interest, antagonism has to increase with time.

18. Every decision you make regarding your story will put you (the writer) on a specific path, which will narrow as the story comes to its conclusion. 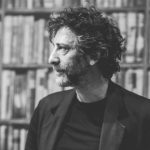 19. The climax of the story — means that a profound change needs to take place in the protagonist or the world they live in. From the beginning of the story, you have been building up to that moment of climax.

20. Direct characterisation — a simple description that tells your reader what a person is like.

21. Indirect characterisation — creates a scene that shows why certain things happen the way they do. This method of creating characters is very powerful because it allows the readers to experience the characters first-hand.

22. Keep your readers interested in the story by giving them just enough information so they will have to ask questions about your characters and read more to find out what happens. Withholding information is the best way to do that.

23. Don’t overwhelm your readers with details. Just give them one detail at the time.

24. Putting characters in unfamiliar situations (challenging or emotional situations) allow them to come to life.

25. Setting down the necessary stuff for developing your stories world will help you with developing the characters and tone of your story. Use research and your own experience for inspiration; it will help you create believable places and characters. Allow yourself and your characters learn the rules of the world you are creating.

26. When you are starting on your story, don’t limit yourself in describing the world you are creating for your characters. Explore as much as you can. Later on, while editing, you will focus on cutting down the descriptions leaving all the details you came up with.

27. As a writer, you want your readers to know how it feels, sounds and smells like for the characters in your world. That kind of details helps to create vividness for your readers.

28. Most novels are written in either the first person (the narrator tells the story) or the third person (the author telling the story).

29. First-person narration is limited to what the narrator would realistically know or think.

30. Third-person narration can offer more flexibility because the narrator can see everything and easily switch between a variety of stories.

31. You can also switch from omniscience (the narrative voice that has access to all the information) to a limited or close third-person point of view (narration that sticks to a single character). This will allow your character to reveal their feelings, thoughts and sensations. This kind of tactic gives the readers a more meaningful experience of the characters and scenes the writer has created.

Neil Gaiman, the Author of the Sandman and American Gods, Shares His Writing Wisdom (part 2)