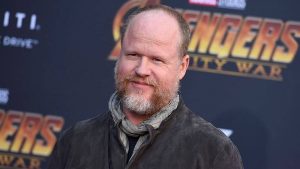 Joss Whedon is the creator of “Buffy the Vampire Slayer” and its spin-off “Angel”. He also wrote the script for “The Avengers” and “Avengers: Age of Ultron”. Apart from writing he also directs, produces and composes music.

When you start typing, don’t give up until you type THE END.

It’s important to know what happens at which point in the story, so you can build the structure around the way you want your audience to feel. Use whatever means you need to get that right: charts, graphs, post-it notes, highlighters, but don’t go in a circle; otherwise, you are just wasting time.

3. HAVE SOMETHING TO SAY

Always, always have something to say in your stories. It can evolve into something different than initially predicted at the start of the film, but there needs to be some substance.

4. EVERYBODY HAS A REASON TO LIVE

Even if there is a scene, a character, a setup in the script that you love, but somehow it doesn’t work, you need to “kill your darlings” to be able to move forwards and free yourself to accept new ideas and inspirations.

Sometimes we get stuck in our writing process and can’t seem to find a way out. If we reach out for help, or our producer hires a script doctor, listen! Often, people who aren’t involved so emotionally in the story, are able to see a way out of our troubles.

Your goal is always to connect with and engage your audience. If parts of your story confuse the audience or they have to try to understand what you mean by this or that, you aren’t doing your job right.

Describe the setting and make it specific to the scene, if this is what’s essential for the story and the characters. If the setting isn’t that important, you can just use a couple of sentences to let the reader know where they are.

Choose your battles wisely, and sometimes you need to go against the current to make a movie you want to make, but you need to know, which battles to pick and which ones to let go.

Sometimes this is harder done than said, but try to take the job that you love and feel passionate about. It will make the process and your life so much easier.